Balston Monobed and Dual Bed Nitrogen Generators produce up to 99.99% pure, compressed nitrogen at dewpoints to -58°F (-50°C) from nearly any compressed air supply. The generators are designed to continually transform standard compressed air into nitrogen at safe, regulated pressures without operator attention.

How the Technology Works 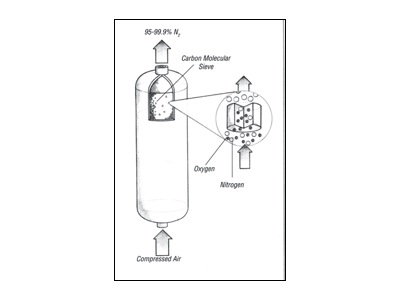 Balston PSA Nitrogen Generators utilize a combination of filtration and pressure swing adsorption technologies. High efficiency prefiltration pretreats the compressed air to remove all contaminants down to 0.1 micron. Air entering the generator consists of 21% oxygen and 78% nitrogen. The gas separation process preferentially adsorbs oxygen over nitrogen using carbon molecular sieve (CMS). At high pressures the CMS has a greater affinity for oxygen, carbon dioxide, and water vapor than it does at low pressures. By raising and lowering the pressure within the CMS bed, all contaminants are captured and released, leaving the CMS unchanged. This process allows the nitrogen to pass through as a product gas at pressure. The depressurization phase of the CMS releases the absorbed oxygen and other contaminant gases to the atmosphere. 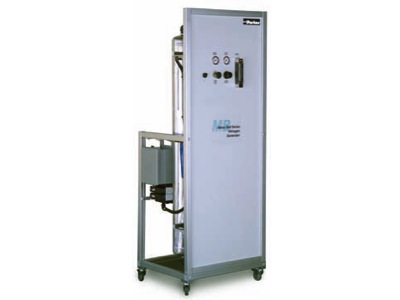 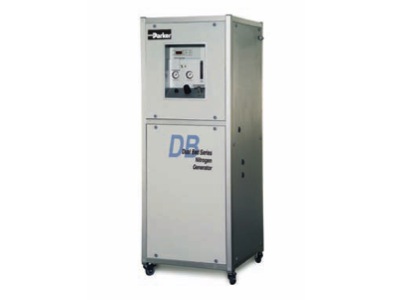